2 – INSIGNIA
The emblem of the Class shall be the HAKA symbol.
The insignia of the officers shall be those prescribed by By-Law.

3 – OBJECTS
The objects of the Association are
1 To provide a medium of exchange of information among HAKA rowers throughout the world and to enhance the enjoyment of these row boats.
2 To promote and develop HAKA class racing in all countries, under uniform rules.
3 To encourage and foster the enjoyment of the sporting and recreational aspects of rowing.

4 – POLICY
It shall be the policy of the Association to maintain the HAKA as the epitome of a strict one-design class of rowing boat.

5 – JURISDICTION
The Association has authority over all activities of the HAKA Class throughout the world, and its powers shall be vested in and carried out by the World Council.

6 – HWC: HAKA World Council
1 The Association shall be governed by the HWC comprised of the Chairman , the Executive Secretary, the two appointed members of the Advisory Council, and such additional officers to be appointed by the Council for such term as it may from time to time determine. Each officer shall be a member of the Association.
2 The HWC shall meet not less frequently than once per year The time and location of meetings shall, if possible, coincide with the holding of a world championship meet.
3 The HWC Council shall elect from amongst themselves, the President and Vice-President of the Association who shall hold office until their successors are elected to office.
4 The Executive Secretary shall be appointed by the elected members of the HWC and shall hold office for such term and upon such conditions as the HWC shall decide.
5 He shall be situated at the Head Office of the Association and shall be responsible for the management of all business of the Association, subject to and in accordance with the Constitution, By-Laws and the direction of the HWC, including

6 The HWC shall appoint, for such term as it shall decide, a Chief Measurer for the Association who shall rule on all questions and challenges relating to the Rules, and shall issue Interpretations thereof deemed necessary by him. All such Interpretations shall be binding until approved, rejected, or modified by decision of the HWC l, duly published to the members of the Association.

a The co-ordination of inter-District activities and events
b Liaison with the Executive Secretary of the World Council
c Issuance of Fleet Charters
d Maintenance of all records of the Region
e Maintenance of all membership records and information, unless such duties are delegated to the District Secretary.

8 – DISTRICTS
The HWC, on the recommendation of a Regional Executive Committee where applicable, shall by By-Law establish Districts in distinctive areas deemed appropriate and relevant, having regard to all considerations, including geography, language, distance, and population, for the development of the HAKA Class and the fulfillment of the objects of the Association.

9 – FLEETS
A Fleet may be granted a charter upon application to the Regional Executive Committee (or the HWC where the locality is outside a Region) by 6 or more members of the Association who are individual owners of HAKA within any area or club deemed appropriate, having regard to the locality where regular racing activity is easily accessible to members of that Fleet.

10 – MEMBERSHIP
1 Any person may become a member of the Association by making application to the Executive Secretary, or the appropriate Regional Executive Secretary or District Secretary, as the case may be, and payment of the prescribed Association dues, provided that he has not been disqualified from membership for cause by decision of the HWC Council or under suspension from membership.
2 An application for membership implies that the applicant undertakes and agrees to be bound by the Constitution and By-Laws of the Association upon being accepted to membership.
3 A member of the Association ipso facto belongs to the District in which he normally rows, even though such place may not be his permanent residence; but such member, for valid reason and with the approval of both District Chairmen, may select instead the District in which he has permanent residence.
4 A member of the Association may become a member only of the Fleet in his District where he normally sails for the purpose of qualification, where required, for sanctioned events; and any dispute shall be settled by decision of the District Association which decision shall be final.
5 The HWC may grant honorary membership in the Association, for such period as it determines, to any person who, through special contribution to the Class or through special relationship to the Association, is considered meritorious.
6 The HWC may grant an honorary life membership to any member who has achieved, in the opinion of the HWC, international stature as a result of his rowing achievements.
7 An honorary and an honorary life member are entitled to full privileges of membership, but are not required to pay the annual dues of the Association.
8 Membership in the Association shall not be open to any company, partnership, group or other association unless specifically authorized in any case or class of cases by the HWC; and the HWC may impose such terms, conditions or qualifications to any such membership as it shall deem appropriate.

11 – DUES
1 Association dues shall be in the amount determined by and shall be payable within the time prescribed by By-Law of each Region or District, as determined by the HWC l, and shall include all amounts required for HWC, Region and District purposes as determined by each authority.
2 The Association may ask for special contribution in addition to dues, provided any such contribution shall be for a specific purpose and shall not be mandatory.
3 Dues shall be collected by the Regional Executive Secretary, but the HWC may direct the District Secretary to collect such dues under such terms and conditions as to reporting and accounting as may be required.

12 – SUSPENSION AND REMOVAL FROM OFFICE
1 A member may be suspended by the HWC, on the recommendation of a District Association, for gross violation of the Rules and By-Laws, for committing an unlawful act in relation to the Association or one of its members, or for any unsportsmanlike conduct contrary to the interests of the members of the Association. The duration of the suspension shall be fixed by the HWC and a suspended member shall during such period be precluded from racing or enjoying any other rights of membership.
2 A Regional or District officer may be removed from office by the HWC for a unjustifiable act of commission or omission detrimental to the Association or to its members.

13 – APPEALS
Any dispute arising in relation to fleets, districts, regions, eligibility to race, the interpreting of this Constitution, the By-Laws or similar matter, other than any dispute as to the interpretation of the Rules or any protest within the jurisdiction of the applicable racing rules, may be made to the World Council whose decision shall be final and binding.

14 – ADVISORY COUNCIL
The President and Vice President of the HWC shall constitute the Advisory Council and shall assist and co-operate with the HWC in the carrying out of their responsibilities, and shall have the responsibilities as set forth in paragraph 17 hereof and the paragraph entitled “Amendments” of the Rules. 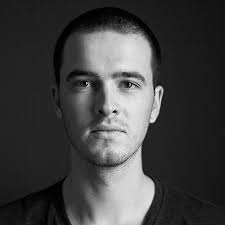 Gustav Bass has a background in aerospace engineering at the ETH Zurich.
The first five years he worked in a big Swiss engineering firm, bevor he started with his own firm of consulting engineers.
He has led consulting assignments across a range of aerospace industries and disciplines in Germany  and Austria.
After  his consulting career, Gustav held a number of senior commercial and financial management posts, both internationally and in Switzerland, in large corporates and with an international chartered accounting firm.
Gustav  has participated recreationally in a wide range of sports, as well as coaching his children’s sports teams.
He is now a regular rower, runner, cyclist and tennis player.